The Monterey County Water Resources Agency (MCWRA) is releasing water from Lake Nacimiento at an unprecedented rate. To understand just how much water is being sent down the river, follow this link to the stream gauge monitor maintained by the United States Geological Survey (USGS) at the base of the dam at Lake Nacimiento Reservoir: The full USGS website link – https://waterdata.usgs.gov/ca/nwis/uv/?site_no=11149400&PARAmeter_cd=00065,00060

The data presented on the USGS website is generally more reliable than that which MCWRA publishes on their website:

On April 26, 2018, NRWMAC served MCWRA with a petition, signed by 6,000 plus citizens, demanding the release be curtailed. MCWRA appears to be disregarding the will of the people who signed the petition inasmuch as it continues the water release unabated. By doing so, MCWRA is perpetuating the myth that Monterey County, and more specifically, the farmers in the Salinas Valley, “own” the water in the reservoir. First, this is not true: under the California Constitution, the water in any reservoir in this state, belongs to the people of this state. [1] Second, MCWRA’s operating license from the California State Water Resources Agency enumerates the various uses for the water it manages, which are “ . . . for irrigation, domestic, municipal, industrial, and recreational uses.” The operating license does not distinguish any one of these uses as carrying any more or any less weight than any other use. Yet it is now, and always has been, the recreational component that suffers due to MCWRA’s mismanagement. Although NRWMAC has been fighting to maintain the lake level at 748 feet above mean sea level (MSL), MCWRA is determined to lower it to 730 feet MSL, at which level lake activity is adversely impacted. As a consequence, NRWMAC has retained a water rights attorney to examine any and all legal options to pursue against MCWRA, including an immediate cessation of the massive and unreasonable water releases. NRWMAC is setting up a GoFundMe page to help finance attorney fees and will shortly announce when and how donations can be made.

RANGERS AND THE LAKE

With the water levels dropping it is more important than ever to bring Park Rangers back to the lake in numbers sufficient to maintain center-line buoys and mark shallow water hazards (in addition to apprehending intoxicated boaters, issuing tickets for invasive mussel violations, preventing crime, and handling emergencies). If you haven’t done so already, please sign the other petition at: https://nrwmac.org/save-the-dragon/park-ranger-staffing-at-lake-nacimiento-petition/ . This petition will be served on the Monterey County Board of Supervisors in approximately mid-June, 2018.

NRWMAC continues to support the Lake Nacimiento Mussel Prevention program in conjunction with SLO County. NRWMAC and SLO County team-teach the Level I Mussel Screener and Re-Certification Programs, as well as the Resident Vessel Program.

At the April MCWRA/Reservoir Operations Committee meeting in Salinas, attended by Steve Blois, a NRWMAC Director, the following information was discussed:

Spillways: The spillway “underdrains” at Lake San Antonio are blocked, which will cause uplift and tear the structure apart if they are ever used again. (Note that plugged drains were the main cause of the Oroville spillway failure.) Additionally, the spillway’s concrete is leaching, causing deterioration. MCWRA will have to cut into the spillway to determine how to unclog these drains, if it can. The estimates to proceed on this are in the several-million-dollar range – money which Monterey County does not have. MCWRA alleges that the County of San Luis Obispo will be responsible for up to 40% of this cost.

MCWRA’s consultant has completed spillway reports for both dams as required by the California Department of Water Resources/Division of Safety of Dams (DSOD). Neither report has been accepted yet. The Lake San Antonio spillway has entire concrete slabs that will need to be replaced.

MCWRA has already performed $200,000 worth of work on the Lake Nacimiento spillway, and is mostly done, although it has still not received inspection approval from the Federal Energy Regulatory Commission (FERC). Approval by this federal agency is required because of the hydroelectric plant. The hydroelectric plant itself had to be repaired in April due to cavitation, and was out of service for four weeks because of a failed switch. Ironically, this switch had to be obtained on E-Bay, as it is no longer available from the supplier. There is a chance MCWRA will have to do even more work on the Nacimiento Reservoir dam, as there “might” be issues with the slab thickness, which doesn’t meet current design standards and lacks the required amount of reinforcing steel.

Road Maintenance: Monterey County is responsible for road maintenance (including paving, signs, guard rails, etc.) for one mile on either side of the centerline of the dam. Monterey County does not have any money for this, either, and has suggested, quite seriously, that it is considering charging a toll to fund this work.

Quagga Mussels: MCWRA is getting a “Quagga dog” to sniff out invasive mussels on watercraft intending to launch on Lake Nacimiento. It also took down the invasive mussel warning sign on the 101 Freeway in order to use the rental money to acquire more warning signs at the lake.

Release Schedules: At the meeting, Director Blois indicated that MCWRA’s release schedules had been wrong for the previous 3 months. His point was disregarded. Moreover, MCWRA intends to continue conservation releases thru mid-September of 2018.

Tunnel Report: MCWRA is looking at alternative designs for the Lake San Antonio spillway, and is re-visiting all of their preliminary modeling work. Its consultant is re-doing the baseline study to see if it matches with MCWRA’s previous consultant’s work. A baseline needs to be established before MCWRA can model the effects of various tunnel configurations. When completed, the modeling work and back-up data will be made available for public review. MCWRA has preliminary soils data from the geotechnical testing it has done, which is not as good as what was hoped for, but MCWRA believes it will present no problems. MCWRA continues to work to try to resolve the white bass issue, and is considering 5 mm screens for the tunnel invert. Finally, the Lake San Antonio dam raise will require a much beefier spillway, and may require a complete replacement.

Lake recreation: Monterey County is battling low lake level perceptions with advertising; the resort is busier this year than last, but this is not expected to continue. Whether it actually believes it or not, MCWRA states that all launch ramps remain in the water down to 730 feet MSL, “so recreation shouldn’t be affected all that much.” NRWMAC Director Blois vigorously refuted this assertion, and reminded MCWRA that NRWMAC has been arguing for years that ramps are in the mud at 730 feet MSL, and that the recreation level of the lake must remain at 748 feet MSL.

SLO: A new developer adjacent to Oak Shores (Tr. 2182) is presenting an environmental impact report (EIR) on 5/18/18, with a public hearing to be held sometime in September. The developer will be required to upgrade the existing Oak Shores’ sewer system and move the spray field approximately 1½ miles to the north.

HELP NRWMAC SAVE THE DRAGON

“Save The Dragon” is not simply a turn of phrase; it’s a fervent plea for help. Lake Nacimiento is not going to save itself from MCWRA’s mismanagement. Without a court’s intervention, MCWRA is not going to realize the error of its profligate ways and turn off the drain spigot all by itself. NRWMAC has a real opportunity to correct this dire situation before the lake declines to a level that adversely affects recreation and desirability, but it’s going to take litigation funding support from all lake property owners and users.

Please look for NRWMAC’s announcement of the GoFundMe campaign, as mentioned above, and then donate. And please circulate this newsletter to everyone you know.

For more information and updates, please go to our website, www.NRWMAC.org

We wish to thank everyone that supports NRWMAC, and over the next few weeks and months we will be sending out emails asking for more help. NRWMAC needs volunteers to help with sign-ups, handouts, t-shirt sales, and help at functions and events.

You can help the effort by donating time, dollars, purchasing merchandise or signing up for events at

PDF Version of this newsletter 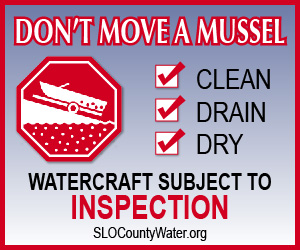